Polish Export Consortia Foundation (PECF) is a non-governmental organization. It has the statute defining, among others, the purposes for which it was established and methods of their implementation. PECF existence is subordinated to the social interest and aims to create incentives enabling the development of the Polish economy through revival and intensification of export.

Polish Export Consortia Foundation is registered in the National Court Register (KRS) and has full capacity to take legal actions. The idea of creating this entity responds to the current situation of Polish companies from the SME sector, which largely shape the economic situation of the Polish economy. In general, the PECF’s mission concerns the issues related to export consortia as instruments of a significant boost to the export of Polish SMEs. 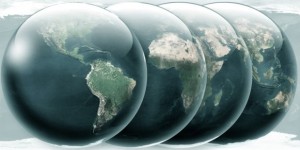 In order to let the Polish enterprises develop, and thus have a positive impact on the Polish economy and become more competitive against foreign companies (especially from EU countries), it is necessary to take coordinated action related to the promotion and development of export activity among Polish entrepreneurs from the SME sector. Therefore it was essential to set up an institution that will connect the various ways of supporting export and use the instruments activating its potential, which until now have not been significantly emphasized nor developed in Poland.

An export consortium consists in cooperation between enterprises on the basis of mutual agreement to jointly export their goods. It is crucial for such an entity to achieve the synergy effect on the each company’s potential with regard to the implementation or the expansion of their export related business. In other words, by association in the consortium an enterprise obtains a better chance to realize its export plans, succeed and grow its business. And this is primarily thanks to the elimination of the main barrier in the form of excessive costs connected with starting the export or increasing its scope, because the cost of export operations is divided by the number of members in the consortium. An additional motivation to conduct business within the consortium is the possibility of achieving the collaborative goal, which none of the individual member companies would be able to achieve alone.

Due to rising export, a growing number of entrepreneurs is considering this form of business expansion. However, the initial difficulties associated with lack of knowledge, experience and contacts act depressingly. Therefore, cooperation through membership in the export consortium allows faster entry into the debated issue. It is also an excellent form of both the initial stage of activation of export activity and its intensification in the case of already exporting companies. Moreover, participation in the said project in addition to the expansion of markets augmentation also provides other benefits, like the possibility of obtaining grants for the further development of one’s actions. We are talking about a special form of subsidy allocated just for cooperative activities within the consortium.

Polish Export Consortia Foundation sees great potential in this form of cooperation between entrepreneurs, as evidenced by the examples of countries such as Italy and Spain. In practice, a series of actions will be undertaken for the implementation of PECF’s statutory activities. And those actions will allow the Foundation to fulfill its mission. Because the primary goal is to promote export consortia and their cooperation on a global scale.